The best way to start our story is to reprint for you an article written in 1979 about the family business. 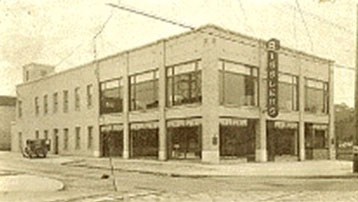 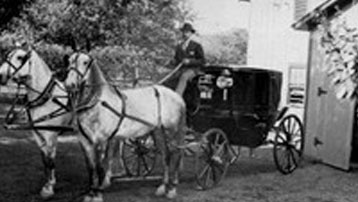 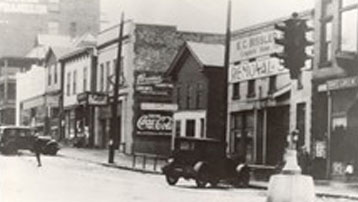 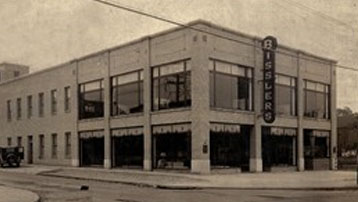 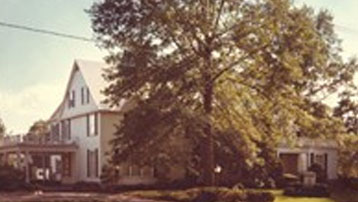 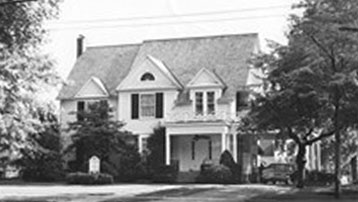 He was 21—a new arrival from the farmlands of nearby Suffield.

"Boom town" Kent, with its population of 3,000, had beckoned him with hopes of finding a job hauling quarried stone. The stone was quarried from the west bank of the Cuyahoga River, near the base of the Main Street Bridge, built with quarried stone just 15 years prior.

Thirty-three years later, on Aug. 3, 1925, the S.C. Bissler & Son furniture store and funeral parlor stood at the corner of West Main and North River Streets (Gougler Avenue), just a few feet from the then abandoned quarry.

His talent at driving teams of horses was the catalyst to his impending career, as he was subsequently hired to drive for Ira Herriff, owner of the town's only furniture store and funeral parlor. A mutual admiration society was founded between the two which resulted in his 21-year employment, until the death of Herriff.

According to his only surviving son Robert Bissler, "My father loved the business instantly. It was marriage overnight."

Then in 1913, the 66-year tradition of S.C. Bissler & Son was begun when 45- year-old Sam and his 18- year-old son Ira opened this first store at 114 East Main Street.  Just prior to its opening Sam Bissler operated a small livery which rented horses and wagons to migrant construction workers who were building a dam near Kent. Supervisors for the construction companies inquired where they could purchase mattresses and cots for workers. Bissler located the goods and finalized his first independent sale before his first store was opened.

Growing pains forced the budding company into the building at 112 East Main St., including the second levels of both buildings.

Robert remembered his father and brother as enterprising retailers. The pair would regularly load the company van with pianos and travel the countryside selling pianos door-to-door. Being enterprising also led to further expansion and Bissler's decision to construct a new facility. Sam Bissler had long admired the property at the corner of West Main and North River Streets, which was owned by the local banker William Kent, the son of the late Marvin Kent.  Kent's namesake, Marvin Kent, had always reserved that particular parcel of land for the future location of a hotel. His son respected his wishes and never sold the land, but in 1923, William died and the heirs of the property ordered it sold. Thus after three generations, the landowner era ended for the Kent family.

Local businessmen warned Bissler the venture was ill-fated, claiming that retail business located across the river would never last.  "It isn't often a family business can operate so smoothly," said Robert Bissler. "Everyone just works together and does what ever needs to be done. It's strictly a family operation."  Construction on the 18,000 square foot brick building began early in 1925 and was completed by the Aug. 1 deadline set for construction. Townspeople watched the construction of the $60,000 retail facility with interest, speculating whether they would "get Sam in" by the deadline.

On Aug. 2, 1925 at a 3 p.m., the final sale was completed and the doors of the East Main Street establishment closed, later to be reopened as McCrory's 5 & 10 Cent Store.

The move was completed overnight with the new establishment opening its doors for business at 7:30 the next morning.

During afternoon and evening receptions, no sales were allowed and flowers were given to the first visitors. Entertainment was provided the entire day by a musical trio consisting of a pianist, cellist and a violinist.

The original establishment was divided and included ample space to accommodate both the furniture store and the funeral parlor under one roof. The funeral parlor was approximately one-third of the first floor with a separate entrance near the bridge walkway. Furniture was on display in the basement, first and second floor levels.

The outside of the establishment looks comparatively the same today as it did in 1925. Gone are the plate glass windows installed on the second story. Remaining is the lighted sign which vertically spells out "Bissler's."

Although the operation of the family business has remained constant over the years, prices have changed. Rick Bissler, great-grandson of Sam Bissler, illustrated the price changes with a 1932 sales slip. The sales slip showed that a complete household of furniture, including kitchen appliances, was purchased for less than $400.

Presently Robert heads the company as president. "I plan to remain active as long as I can breathe," he said.

Robert is a past president of the Kent Chamber of Commerce, a board member of Huntington-Portage National Bank, life member of Kiwanis and honorary life member of the Knights of Columbus. In 1943, Bissler's was selected to become a member of the National Selected Morticians. Robert served a three-year term on the board of the nationally known organization. He was selected as its president in 1965. Married in 1943, he and his wife Eve have four daughters and two grandchildren.

The late Ira Bissler had three sons: Jerry F., who serves as company secretary; Richard S., who serves as treasurer; and Father Thomas, a priest serving in the Youngstown Diocese. Jerry and Richard received their embalmers and funeral director's certification in the early 1940's. Rick was the first member of the four generation to be certified.

After 28 years of business, a split occurred in 1942, but it was due to expansion and exasperation.

The funeral facilities were moved to a new location in a renovated home located on the corner of West Main and Chestnut Streets. When the move was made, most of Kent was concentrating their attention on the movement of troops during World War II. Or, the latest moves of the Roosevelt Rough Riders in their opening game with Bedford.

But during the open house held in September of 1942, residents took note of the modern facilities including air-conditioning and a complete sound system. An elevator was also installed serving three levels of the Colonial home. To ensure a smooth and quiet ride, a 40- foot, below ground elevator shaft was installed as a counter-balance. The funeral home was again renovated and expanded to its present size in 1976.

Four generations have succeeded in the family enterprise and the business has continued to operate the same as it was begun in 1914. Samuel Bissler came to Kent to find work and ended up investing a lifetime. In 1892 his only collateral consisted of a horse-drawn carriage and a suit of clothes. In turn the Kent community has collected the interest—a 66-year tradition of service.

So ends the article and the story continues…

By the early 1970's, the parking had grown around the funeral home such that visitors had to walk around the building to enter.  The size of the main floor was doubled and the main entrance was moved to the east side of the building for better access to the parking.

We experienced some major changes in the late 1980's. Jerry Bissler died in October of 1986. He had been ill a while, but this loss was very hard on the organization. Dick Bissler retired shortly after his 65th birthday at the end of 1987. We, then, rethought the goals and direction of the business and chose to close the Furniture Store part of the business the end of February 1988. This was a major change, yet it allowed for some other enhancements and focus to the Funeral Service facet.

The changes did not stop there. September of 1988 brought a great deal of unexpected change with the deaths of Dick Bissler, Mary Bissler and Bob Bissler. Mary was the widow of Ira, one of the founding partners and a major stockholder for years. One of the most fortunate things for the continuation of this family business is that Bob, Dick and Jerry had done their homework in succession planning. It is through their foresight that the business was on solid ground legally and that the business could then focus on growth.

The next eleven years brought a sustained remodeling and renovation of the Funeral Home. This plan included the installation of a cremator and addition of a business office with a separate entrance. Many families have a difficult time coming back into the doors of the Funeral home after the services are complete. The entrance for the Business office allows them to return to pick up Acknowledgement cards or Certified Copies of the Death Certificates and not use the "funeral" entrance. Our growth plan keeps us on the leading edge of Funeral Service, so the Cremator installation was a natural part of the plan. Also during these years the Furniture Store building was sold. It has been remodeled into some of Kent's more sought after office space.

The next chapter of the Bissler story

In August 2018, the Rick Bissler announced to the Kent community that he would be retiring in 2019. Upon his retirement, Rick made arrangements to merge his family's funeral home with the Billow family's funeral homes in Akron and Cuyahoga Falls. The merger was of two independent funeral homes whose families had been friends for generations. Rick has been lifelong friends with Chip Billow, a fifth generation funeral director from Akron. The Bissler and Billow families go back generations but the two families became very close when Bob Bissler and Chuck Billow (Chip's dad)  became friends in the 1960s, often travelling to Selected Independent Funeral Home meeting together with their wives.

"As I approached retirement, I knew in my heart of hearts that there was only one family in the area that I could entrust my business to - and that was the Billow's," Bissler said in a news release. "This move will ensure that the families in Kent and greater Portage County will continue to have access to the highest levels of care when faced with the loss of a loved one. I was worried if I sold out to a corporation or large chain, I would have been run out of town."

Chip's children, Nathanael and Anastasia, also serve as funeral directors and have joined the team at Bissler & Sons. They are extraordinarily grateful for the warm welcome they have received from the Kent Community and in addition to their service as funeral directors, they have tried to get involved and give back. They are both parishioners at Saint Patrick's and have attended numerous events with the Kent Chamber, Kent Rotary, and Main Street Kent.

"Family owned funeral homes have a very different set of responsibilities," Nathanael says. "It can be a heavy burden, but we have to do what's right. We are responsible to our friends and neighbors in the Kent community, not shareholders. We are so humbled to continue the Bissler family's legacy of serving such a wonderful town."